If you know Brian, you know a lot about his two sons too. Brian is a proud father, grandfather and golf enthusiast. 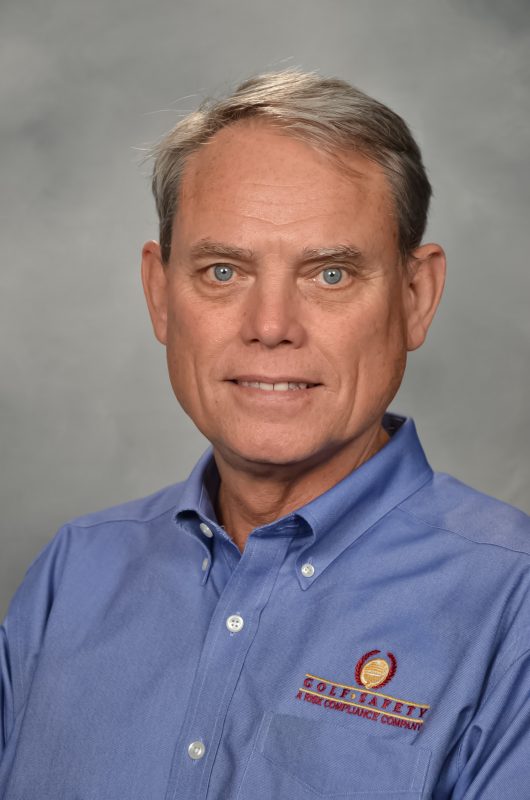 What does your job entail?

I have the great privilege of working with some of the best Superintendents in my region and across the USA to help create safe and compliant workplace environments on golf courses. Keeping employees safe!

Never a dull moment. Constant interaction and communication with old and new friends. Really enjoy getting to visit new operations and still learning every day. Also, enjoy working “behind the scenes” on creative and fun projects.

Making new favorite memories every day because I have the great fortune to work closely with both of my sons, Kyle and Kevin who are both in the golf business. I brag about them both every day.

What’s a common question you get from customers?

“Wow, how old are you?” Usually, after I try to brag about somebody I know or something I saw or experienced “back in the day”.

All of the above!

What are your hobbies and other interests outside of work?

I like to walk for fitness and enjoy the quiet time to reflect and solve all of the world’s problems. Golf, yard work, history, and GRANDKIDS!

Where are you from?

I think most people I know consider me a tried-and-true Texan, and I am very proud of that! But I love to tell them that, “I’m the most Yankee Guy you know.” And usually, I am right. I was born in Kittery, Maine. That is where my Mother is originally from. My Father was in the Air Force and stationed close by in New Hampshire. They met at the Goldenrod Ice Cream Café, both very young, and the rest is history. I’m not “from” Texas, but I got here as quick as I could!

Where did you go to school?

How did you end up in the Golf business?

After high school, I was going to “college” locally in Fort Worth. My Dad saw an ad in the Fort Worth Star Telegram recruiting Ditch Diggers at Colonial Country Club and showed it to me. I was a golfer since I was young so I thought that must be a lot of fun. Went to work there in March of 1980 and have worked in the golf business every day since then. Two mentors and good friends of mine, Tom Werner and Don Armstrong talked me in to transferring to Texas A&M to get a turf degree so I thank them a lot for leading me in to such a rewarding career.

What do you like to do when you aren’t working?

For the past 4 years, it has been all about my awesome Grandkids, Abram, Selah and Samuel. But really, even before that, it has always been about spending time with my family. Growing up as an Air Force brat, and moving a lot, we didn’t have that closeness so making the most of it now that we are all still close by.

Who are your favorite sports teams?

As a Texan who was born in New England, I get to claim all the Dallas teams and the Boston teams. Drives my Daughter in Law crazy! Pretty great combination over the years including championships for the Patriots, Cowboys, Red Sox, Celtics and Mavericks. Texas Rangers…. Oh well. But my true blood runs TEXAS AGGIE MAROON! I believe no Aggie has been to College Station without that same claim! My oldest son is named after Kyle Field, and youngest after A&M QB Kevin Murray. Gigem!

What’s a fun fact about you many people may not know?

1979 Carswell AFB Golf Course Club Champion! Beat a guy named Hogan in a playoff. Larry Hogan I believe it was…