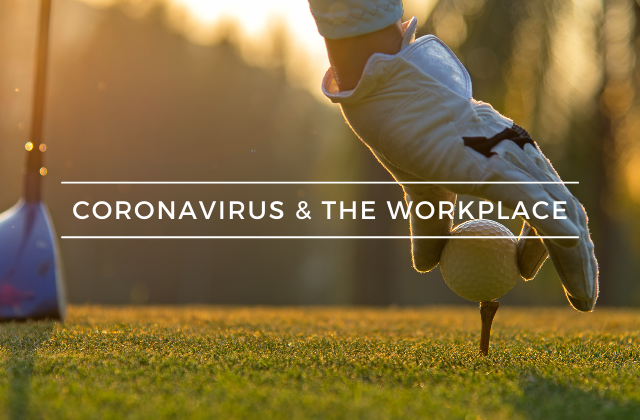 The COVID-19 outbreak, which started in China has now spread to over 60 other countries around the world, the United States included. The International Health Regulations Emergency Committee officially declared the spread of the virus as a “public health emergency of international concern” on January 30, 2020. The good news is that there are ways to protect yourself. First, lets start by understanding it.

The Coronaviruses consist of multiple viruses that have been detected in both people and animals. The spread, however, is rarely likely to spread from animal to human. The latest discovery of the virus family is named SARS-CoV-2 which is a betacoronavirus originating in bats. According to the CDC, the spread of such a virus is likely a “single, recent emergence of this virus from an animal reservoir.”

Unfortunately, there is still no vaccine available to prevent the virus. The CDC has recommended a list of everyday preventive actions to assist in the prevention of respiratory diseases which include:

If you think that you may have been exposed to the COVID-19 virus, it is imperative to contact and get assistance from a healthcare provider immediately. However, there is no treatment currently recommended for the COVID-19 virus. Healthcare providers will recommend the correct medication to assist in relieving the virus symptoms. When severe, treatment will need to include “care to support vital organ functions.”

So what should you do as an employer? Here are our recommendations:

Many parts of the country have progressed well past early stages and are now closing businesses such as golf courses. The regulations and recommendations vary widely from state to state and municipality to municipality. Stay informed by local and state authorities.

Preparation is key! Depending on the disease’s impact and spread throughout the United States, you should be prepared to have to operate with decreased manpower resources as employees are more likely to stay home if showing symptoms of illness.

Remember that the best way to have a safe and healthy work environment is to provide your crew with the resources to act safely. Print our Corona Virus Prevention posters to keep your crew and workplace healthy! 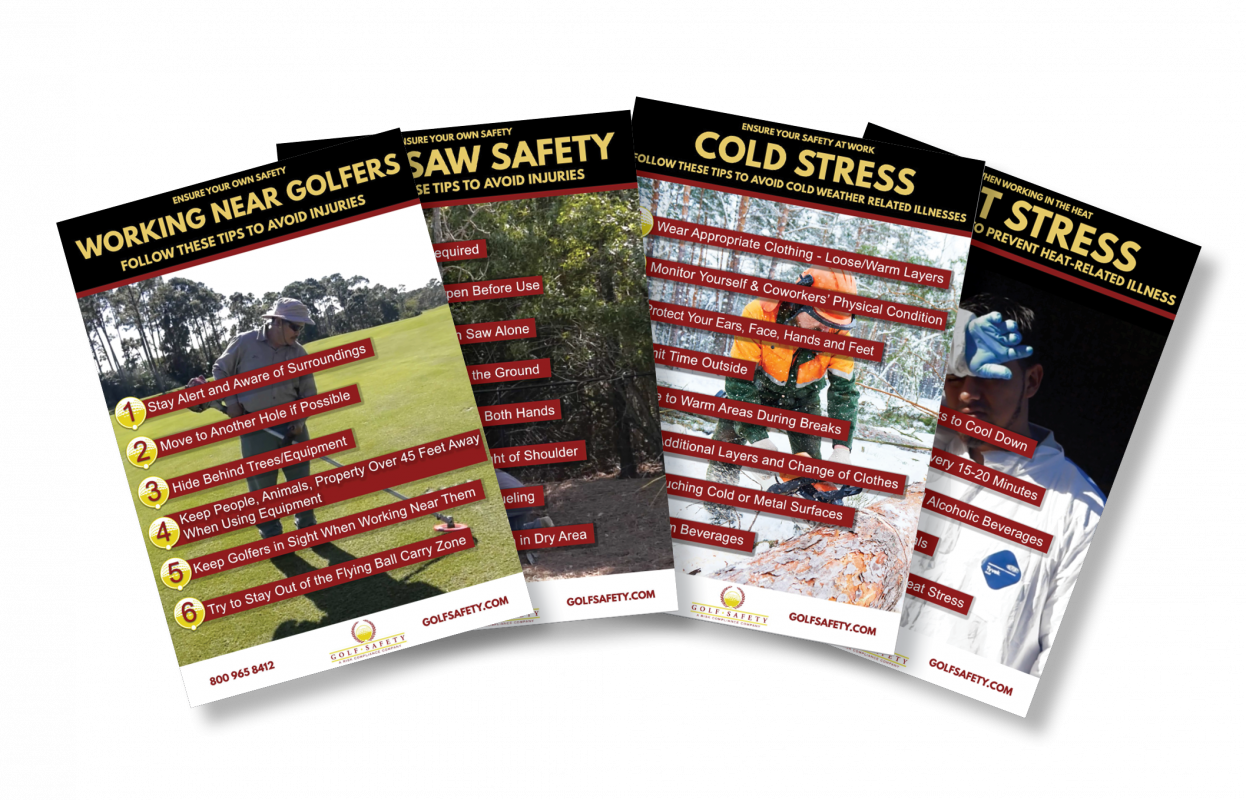 to subscribe to our newsletter, get free safety posters and more safety resources!

Golf course facilities store several potentially hazardous chemicals such as pesticides, fertilizers, herbicides, and fungicides. That means when it comes to chemical safety in the workplace, there’s no such thing as an OVERreaction. Every one of your crew members, whether they work directly or indirectly, with chemicals, should be aware of the risks involved and 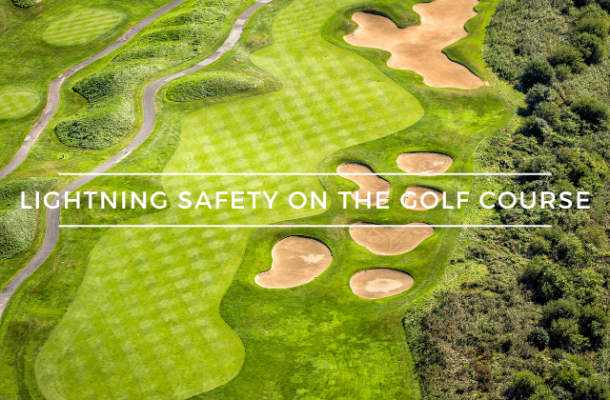 Lightning Safety on the Golf Course

Did you know there are eight million lightning strikes worldwide, daily? Annually,100-200 people are killed by lightning strikes, with many more being injured. Golfers and golf course employees are at especially high risk when hazardous weather approaches. So how do you keep your crew safe from lightning strikes? We spoke to Brian Birney, CGCS, who

Safety Around the Shop

Working on the golf course can be incredibly rewarding for both the superintendent and the crew, but this job doesn’t come without risks! To maintain a safe, healthy workplace with consistently high morale, you must properly inform your crew on how to avoid safety hazards. Part of that process is helping your crew understand their 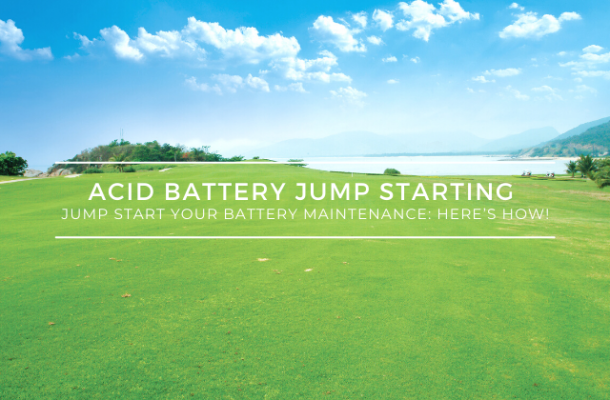 On the golf course, your crew works with mowers, tractors, bunker rakes, and other utility vehicles. All of these vehicles have batteries, and just like on all devices, these batteries won’t last forever. Vehicle batteries usually last a few years, depending on how well they’re cared for. However, a minor mistake like leaving a key 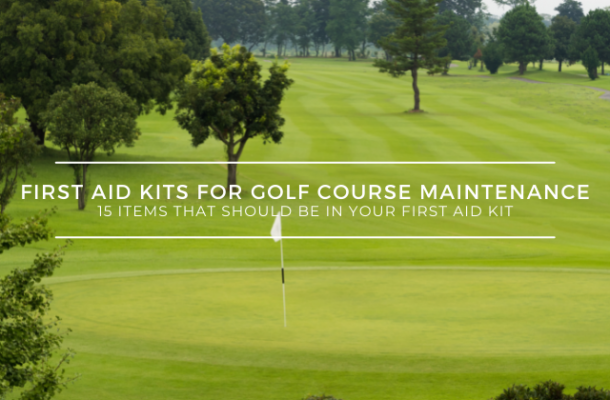 15 Items That Should Be in Your First Aid Kit

15 items that should be in your first aid kit  Accidents can happen any day, especially in golf course maintenance. Your crew is exposed to a myriad of hazards, so first aid is an essential part of your safety program. In most circumstances, it will take more than a few minutes to get medical attention 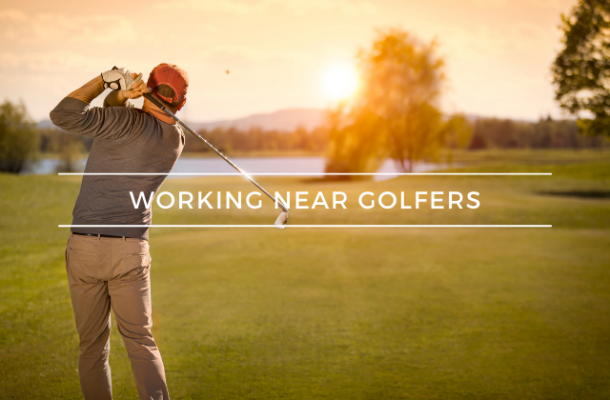 Safety When Working Near Golfers

Safety When Working Near Golfers Given that a golf course is a sporting venue as well as a place of work, it’s important to prioritize safety for both golfers and staff. Golf may seem like a safe sport but flying golf balls can cause serious injuries. There are a few things that employers can do,